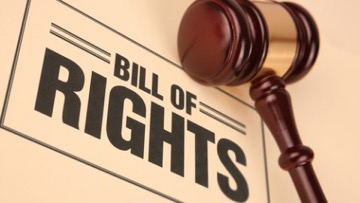 The contention revolves around the Directives by police officers stopping or cancelling music shows where the Applicant was to perform, scheduled between September 2017 and October 2017 in Kasese District, Kamuli District and at Colline Hotel in Mukono District respectively.   The cancellation of these shows was not disputed by the Respondents although their response is that they were executing their mandate under the Constitution and Public Order Management Act based on previous conduct of the Applicant who incited violence at a music show held at One Love Beach on 15th October 2017. In addition, the Respondents contend that their objective in cancelling these shows is to stop the Applicant from making consultations with members of the public who are not his constituents.

In valuation of the evidence, the Hon Lady Justice Helen Wolayo found that the music shows were just for entertainment and not to express specific views. No nexus between the exercise of the freedom of expression and the music shows was established which would have provided a basis for a finding that his right to freedom of expression had been violated.

On the issue of whether the right to work was violated, it was noted that it was not enough to say cancellation of the shows was a violation to right to work without providing any other evidence to show that the Applicant was going to earn a living from the shows. She further noted that this was very material in view of the dual position of the applicant who is both a Member of Parliament and a musician. The cancellation of the shows was in exercise of their powers under the Public Order Management Act 2013, and that it was justifiable under Article 43 of the Constitution.

The Court therefore dismissed the matter after finding that there was no constitutional right that was violated.