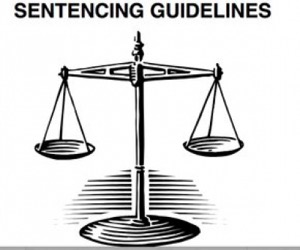 OKELLO DENIS V UGANDA IN THE COURT OF APPEAL OF UGANDA SITTING AT GULU, CRIMINAL APPEAL NO. 95 OF 2016. The Hon. Justices of the Court of Appeal in their judgment delivered on the 15th day of January 2020 discuss the sentencing guidelines in relation to the years the convict has spent on remand.

This was a case of rape and murder. However, the state chose to indict the Appellant for murder only. The brief facts of the case are that the Appellant on the fateful night raped and murdered the deceased and left her body by the road side. In the trial Court, the Appellant was convicted and sentenced to thirty years’ imprisonment for the murder of the deceased. The Appellant Appealed to the Court of Appeal on the grounds that the sentence of thirty years is illegal. At this point in time, the Supreme Court in the case of Rwabugande V Uganda had not yet declared that a sentence of 30 years for the offence of murder is illegal.

The Court of Appeal therefore in exercising its discretion upheld that the sentence of 30 years was illegal only to the fact that it included the years spent on remand. The Justices of the Court of Appeal therefore counted the six (6) years that were spent on remand by the Appellant and deducted it from the initial sentence of 30 years and freshly sentenced the appellant to twenty- four years of imprisonment.