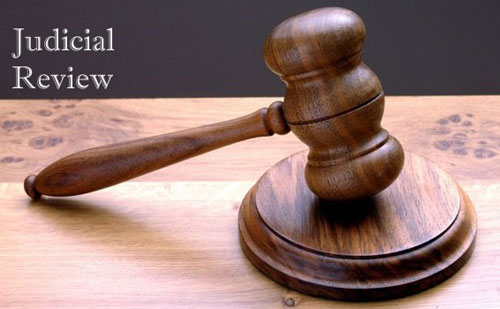 In the case of Dr. Stella Nyanzi V Makerere University High Court at Kampala Misc. Cause No. 304 of 2018
Before Lady Justice Lydia Mugambe.

This is a judicial review matter seeking a declaration that the Respondent; Makerere was in contempt of its staff appeals tribunal (hereinafter the tribunal) to reinstate the Applicant to her office as a research fellow at Makerere Institute of Social Research and to pay her salary, benefits, and emoluments by virtue of her employment. The Applicant also sought a declaration that failure to implement the above would be illegal, unjust, and discriminatory and amounts to an abuse of power. Additionally, she sought general, aggravated, and punitive damages.

The issues for determination were;
i) Whether the Respondent acted in contempt of the orders of the staff tribunal
ii) What remedies are available to the parties?

The court explained the concept of judicial review as a matter of administrative law, a process by which High Court exercises its supervisory powers over the proceedings and decisions of inferior courts, tribunal, and other bodies or persons who carry out quasi-judicial functions.

In the resolution of the issues, it was clear that the Applicant challenged a decision by the Respondent in a tribunal and received a decision in her favor. The respondent officers, however, found ways of circumventing it. The purpose of an appeals tribunal is to protect the employee and give them a forum to challenge the decision of the employers. This way, the tribunal prevents impunity. It is, therefore, wrong for the Respondent to set up a tribunal and refuse to implement its decisions.
The court was satisfied that the disregard of the decision and failing to renew her contract as ordered by the tribunal caused embarrassment, inconvenience, and psychological torture for which she was entitled to general damages. Additionally, an order of mandamus compelling the Respondent to implement the decision of the tribunal was awarded and the Applicant was awarded damages of 120 million Uganda shillings.