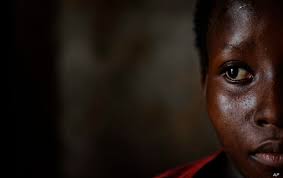 Introduction
The Sexual Offences Bill was first tabled in the 9th Parliament in 2015 and was re-tabled last year. The object of the Bill is to enact a specific law on sexual offenses for the effective prevention of sexual violence; to enhance punishment of sexual offenses; to provide for the protection of victim during sexual offenses trails; to provide for extraterritorial application of the law; to repeal some provisions of the Penal Code Act, Cap 120 and for other related matter.

Key Issues and analysis
Whereas the Penal Code Act, Cap 120 provides for several sexual offenses, the provisions are outdated, and the ingredients constituting the offenses are narrow given the fact that they do not reflect the evolving trends in social attitudes, value, and sexual practices. New forms of sexual violence and exploitation have emerged and are currently not provided for posing a challenge while dealing with them. The application of the Penal Code Act, Cap 120, is also limited in as far as combating sexual violence on Ugandan citizens by Uganda citizens and residents while outside the country is concerned. There is a need to provide for extraterritorial application of the law in order to combat sexual violence on Ugandan citizens by Ugandan citizens and residents while outside the country. It is, therefore, necessary that a specific law on sexual offenses be enacted to provide for the effectual; prevention of sexual violence

Conclusion
The Sexual Offences Bill, 2019, is one of the pending gender-related laws under consideration by Parliament. This Bill reiterates the existing laws on sexual offenses, thus presenting a new era of sexual crime in Uganda. The Bill faces much resistance because of its provisions on sex and, consent to sexual activity as it attempts to regulate sex