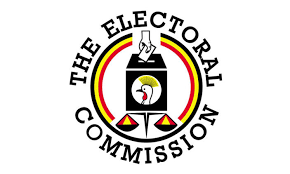 Article 62: The Independence of the Electoral Commission

The 1995 Constitution of the Republic of Uganda provides that the Electoral Commission (EC) shall be independent and shall, in the performance of its functions, not be subject to the direction or control of any person or authority. This provision was echoed in section 13 of the Electoral Commission Act 1997. An independent commission is a critical aspect that includes neutrality and impartiality in the conduct of elections, not being answerable to any organ of the state.
Independence of EC is a matter that has to be embedded beyond the nomenclature of the body. It includes the appointment of the commissioners, their composition, and in the practice of its roles. Hence, fundamental principles enshrined in free and fair elections are dependent and evident in how the general public perceives and respects the electoral body.
On that account, EC’s powers are obtained from the Constitution and not from any other organ, be it the Legislature, Executive, or the Judiciary. It is from this commitment that the independence of the EC is a principle mandate which cannot be overemphasized.
Despite the above aforementioned, the Independence of the Electoral Commission has been questioned over time on account that it is appointed by the President (Executive) who is often contesting in the Elections himself, which makes it serve the interests of the appointing authority. The question on the independence of the EC has been brought before to the Courts of law on several occasions. The most popular being the presidential petitions before the Supreme Court of Uganda.