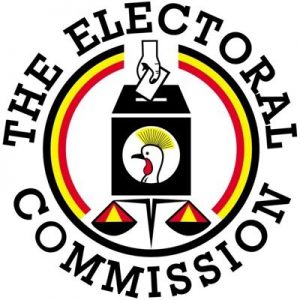 The constitution of the Republic of Uganda provides for the body responsible for appointing officers and employees of the electoral commission, which is the electoral commission itself in consultation with the public service commission, which is responsible for appointing staff in government bodies. In regards to expenses and financing, the law places a duty upon the parliament to ensure that adequate resources and facilities are provided to the commission to enable it to perform its functions effectively.
In a bid to promote the independence of the commission while carrying out its functions, the commission is self- accounting and deals directly with the ministry responsible for finance on matters relating to its finances. In contrast, the administrative expenses are charged on the consolidated fund.
The rationale behind this is to avoid external influence that can affect the decisions made by the commission.
The commission has a duty to organize elections. Under this duty, the commission must ensure that elections are held at times that are fixed and notified in advance to the public in order to spread awareness and help the population prepare. In addition to this, all candidates shall be given reasonable access and use of state-owned communication media to campaign. In the same spirit, all presidential candidates shall also be given equal time and space on the state-owned media to present their programs to the people.
In order to conduct orderly campaigns, parliament has a duty to make laws regulating the use of public resources and institutions during election campaigns.
In regards to voting at elections and referenda, voting shall be by secret ballot using one ballot box for each polling station for all candidates in an election or referendum. Immediately after the close of the poll, the presiding officer shall proceed to count at the polling station, the ballot papers of that station, and record the votes cast in favor of each candidate or question.
For purposes of being fair, a candidate is entitled to be present in person or by representatives at the polling station throughout the voting period, counting of the votes and ascertaining of the results of the poll.
The presiding officer, the candidates or their representatives, and in the case of a referendum, the sides contesting or their agents, if any, shall sign and retain a copy of a declaration stating the polling station and the number of votes cast in favor of each candidate or question. The presiding officer shall there and then announce the results of voting at that polling station before communicating them to the returning officer.
In conclusion, the general rule is that all elections must be held by secret ballot; however, the parliament may by law exempt any public election, other than a presidential or parliamentary election from using the secret ballot.