The National Social Security Fund amendment bill has been assented to by the President on the 2nd of January. The bill, now amendment Act has modified critical provisions that the workers in the country have been craving for. The amendment Act establishes a couple of changes that include a stakeholder board, mandatory contributions of all workers regardless of whether it is a small or big enterprise, voluntary contributions to the fund, mid term access to funds by members of the fund and increasing the membership of the fund among other changes.

Due to unprecedented situations such as the inception of the COVID-19 pandemic that put all social and economic work at a standstill, the whole experience taught a lesson to not only the government but also the citizens on the importance of saving but most importantly when to access these savings. The amendment Act is the first amendment of the principal Act the National Social Security Fund Act Cap 222 that was enacted in 1985. As such one could argue that the amendment was overdue.

The amendment has made provision for widening the net of the number of contributions that have previously been made to the fund by increasing its membership.  Unlike the principal Act, the National Social Security Fund Act Cap 222, contributions were only supposed to be made by employers that have registered with fund amounting to 5% of the employee’s wages. The amendment however has made provision for not only those employed and those whose employers have been registered with the fund to make what has been termed as voluntary contributions. Now, any member who is either self employed or not can be able to make contributions to the fund. This is important because it makes the national savings fund inclusive to all citizens.

Secondly, the amendment has reduced the age with which a member of the fund can access part of their contributions to the fund. Unlike the principal Act which stipulated that one had to attain the age of 55 years to have access to their contributions, the amendment lowers that requirement to the age of 45 years for one to access part of his contributions at an earlier time. This is important because of the uncertainties that occur in people’s livelihoods and the coming of COVID-19 pandemic was a good example of such uncertainties.

The amendment Act brings in a new legal regime and managerial developments that have taken place since 1985. The amendment has sought to fill in the gaps in the principal Act but has left out important aspects such as those relating to the taxation of member’s benefits. Much as the amendment has widen the membership of the fund, introduced corporate governance in the management of the fund, provided for midterm access of contributions among other things many more issues were left out that needed consideration in the amendment Act. Nonetheless, the amendment is a step forward in the pursuit of better national saving’s regime in the country. 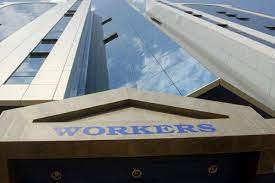 Act has modified critical provisions that the workers in the country have been craving for since 1985.
PrevPreviousINSURANCE ACT, 2017
NextTHE NATIONAL ENVIRONMENTAL ACTNext