This project is based in Acholi Land which is found in the northern part of Uganda. The northern part of Uganda has a customary tenure system in which Land is owned customarily. Owing to the weak laws that govern the customary tenure system in Uganda, and the insurgency in the north, many individuals and district officials took advantage and sold off the land to land grabbers. When the people returned from the camps they found that their land had been taken over and they had no homes to live in or land to carry out any farming activities. These authorities that were meant to preserve the status quo during this period abused their authority and engaged in widespread land grabbing and this has led to an increase in land disputes.

As a response strategy, we are using the knowledge of the law to run a project that aims at corporatizing clans and enable them to protect their land. We hold meetings with community leaders to teach them how to set up trusts in which the land is to be registered. After registration, a certificate of title is issued and given to the community leaders. 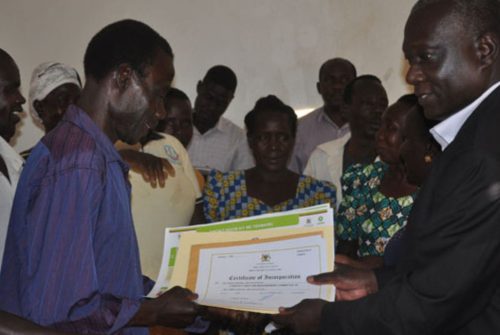 One of the clans in Acholi gets a communal land certificate.

Enhancing Judicial Independence in Uganda by promoting an accountable and effective institution of the judiciary.

The Judiciary is the third arm of Government, under the doctrine of separation of powers. The Lord Chief Justice deputized by a Lord Deputy Chief Justice heads the Judiciary. The superior courts of Uganda are the Supreme Court, Court of Appeal and the High Court. The Constitution Court sits whenever necessary.

Under this project, CEPIL Under takes a Judicial Scorecard Initiative across various courts in the country. The Judiciary’s mandate is found in Article 126 (1) of the Constitution of the Republic of Uganda:

We strongly feel that the Judicial Scorecard is one of the mechanisms of ensuring that the Judiciary is accountable for its performance to the people of Uganda on the exercise of its constitutional mandate.

This scorecard together with the performance enhancement tool under consideration by the Judiciary seeks to provide some action points to help the Judiciary to achieve its stated mission: “To be an independent, competent, trusted and accountable Judiciary that administers justice to all.” 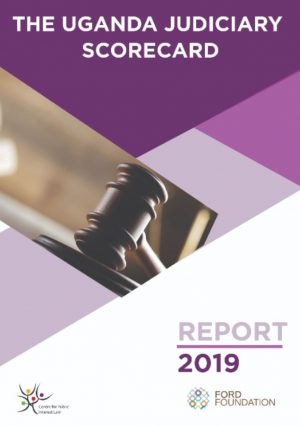 Enhancing democratic space for the media industry in Uganda.

Freedom of the press or freedom of the media is the principle that communication and expression through various media, including printed and electronic media, especially published materials, should be considered a right to be exercised freely.

This project is aimed at achieving a free press, an independent and responsible media in Uganda. The media is a powerful tool in shaping and directing the minds of citizens of any nation. Over the years, we noted with concern incidences where the media was gagged by Government entities through acts such as shutting down media houses, closing radio stations, restrictive directives issued by the Uganda Communication Commission, and brutalizing of journalists reporting certain stories. All these factors and more point to a weak institution whose rights are being suppressed.

Key interventions under this project have been the institution of Public Interest Cases challenging unconstitutional state actions and legal provisions os laws inconsistent with the constitution and petitioning the Constitutional Court to interpret certain provisions of the law affecting freedom of expression and media freedoms in Uganda.

Go to our Case Tracker to find out more 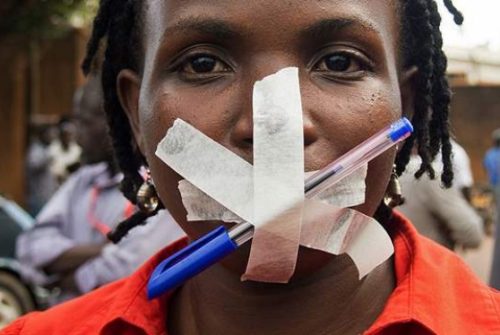 Click here for the case we filed challenging the restrictions on the media to cover elections.

Youth and the Law

Empowering Youth to be Rule of Law Champions Advocates for Justice and Agents of Social Change.

The increasing number of young people in Uganda has come up with challenges that need a multi-pronged approach by all the stakeholders.

On one hand, there exists a huge potential of investing in young lawyers to help the country unlock several opportunities. On the other hand, recent developments demonstrate that if the challenges the young population faces such as unemployment and insufficient provision of adequate social amenities are not attended to and addressed, we will see rising levels of dependency among the youth with a result that the country is likely to witness rising conflicts across the local economic and political spectrum.

It is against this background that the Uganda Law Society and the Centre for Public Interest Law designed a leadership development programme for young lawyers with the aim of equipping them and empowering them with leadership skills tailored towards creating a society that respects the Rule of Law. It is expected that leaders in different sectors and platforms are in a position to provide leadership and mentorship that will guide the youth towards reasoning the complex challenges affecting Uganda’s culture on Rule of Law framework to avoid a situation where Uganda makes a complete reverse to the pre-1995 Constitution captured in the Preamble.

The culture of the rule of law needs a long-term approach and one of the best ways to do this is if we are to learn from the History of Uganda as captured in the preamble to the Constitution by deliberately investing in young people. 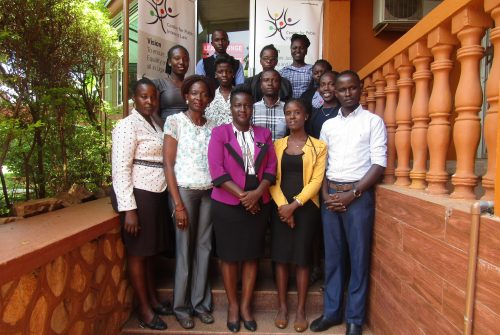 2019 Rule of Law Champions with one of the Mentors, Mrs Atim Patricia

Using Action-Oriented Research and Advocacy to Inform and Influence the Law Making Process.

Under this programme, CEPIL seeks to influence, promote and ensure that the laws passed or the bills that will be passed into law by Parliament represent the Interest of the public.

CEPIL carries out research on specific legislation and submits position papers and opinion papers to the Parliament of Uganda. By doing this, we hope to influence the bills being passed into law and also share best practices implemented around the world today.

A case in point is the case of CEPIL, Human Rights Network for Journalists & East African Media Institute v Attorney General (currently before the Constitutional Court). This case challenges the constitutionality of the press and Journalistic Act for limiting media freedoms.

CEPIL also wrote and presented a position paper on the Administration of the Judiciary Bill 2018 to the Parliament of Uganda before the Legal and Parliamentary Affairs Committee in September 2018 in partnership with the Coalition in Support of the Independence on the Judiciary. This was followed by lobbying and advocacy for the bill which was later passed by Parliament on 2nd June 2020 and signed into law by the President of Uganda on 19th June 2020. 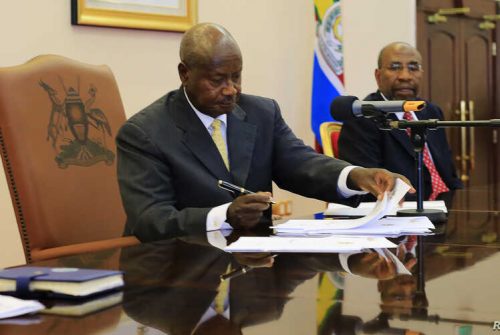 H.E. President Museveni signs the Administration of the Judiciary Bill 2018 into law.