ADMINISTRATION OF THE JUDICIARY BILL 2018.

On the 2nd of June, the Parliament of Uganda passed the Administration of the Judiciary Bill 2018. It is now pending assent from the president.

Key provisions in the Bill.
The Bill, in its entirety, seeks to give the Judiciary self-autonomy and accountability.
The Bill gives the Chief Justice the sole responsibility to administer and supervise all courts in the country to be assisted by the Deputy Chief Justice and the Principal Judge.
It also spells out the powers of the Chief Justice while carrying out his or her duties ranging from issuing orders and directives to establishing performance and evaluation systems for the Judiciary.
The Bill also establishes the Judiciary Administration Council, a body responsible for advising the Chief Justice on matters concerning the administration of the Judiciary, and the chief justice shall be the chairperson of the council.
In a bid to smoothly run the Judiciary, the Act establishes several committees to oversee various sectors in the Judiciary. Committees of planning, resource, human capital development, ICT, and ethics and integrity are established under the Bill.
For further administration of the Judiciary, the Judiciary service is established, and it consists of all judicial staff and officers. It expressly gives powers of appointment of all judiciary staff to the Judicial Service Commission.
The office of the Chief Registrar is expressly provided for under the Act with its duties spelled out. The chief registrar under the Bill plays an administrative role and is responsible for implementing the Judiciary strategic plans and activities and administering/ managing all court registries.
A new office of the inspectorate for courts of Judicature is created by the Bill to evaluate the performance of courts and develop guidelines for the adequate performance of courts.
The judge assisted by the registrar shall head the inspectorate.
For purposes of continuing education and development of administrative staff, the Bill establishes the Judicial training institute, which makes continuous education for all administrative staff compulsory.
The purpose of this Bill is to promote financial autonomy for the Judiciary; therefore, the Bill establishes the office of the secretary who is the accounting officer of the Judiciary and is appointed by the president in accordance with the constitution of the Republic of Uganda.
Still, in a bid to promote financial autonomy, the Bill gives the Judicial Service Commission in consultation with the Chief Justice powers to determine the appropriate benefits for the Judiciary staff in the event of retirement, resignation, death, or restructuring. In addition to this, all organs and agencies of the state are to adhere to the principles of the Judiciary financial autonomy and independence provided under the constitution. The Chief Justice in carrying out his role shall also prepare financial estimates for the Judiciary each year for recommendations from parliament without any revisions from them.
In addition to this, the minister of finance in appropriating Judiciary funds shall release all funds directly to the Judiciary.

Conclusion
In conclusion, the pension Act and salaries allowances Act is still applicable to the Judiciary.
The Bill, therefore, seeks to promote the financial autonomy of the Judiciary, and this will help improve the performance of the Judiciary since external influence will no longer hold ground in regards to the dispensation of justice. 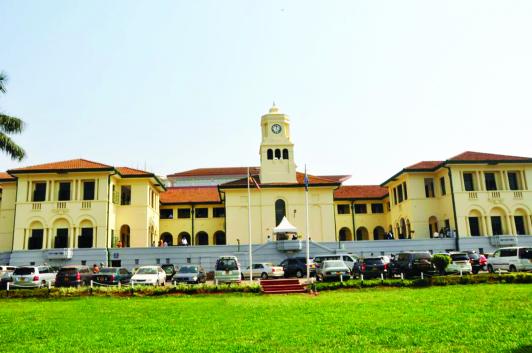