In The Case of John Kihika & Kaidoli William V Absolom Tinkamanyire Civil Appeal No. 0086 Of 2014.

This was a second Appeal arising out of the decision of Hon. Justice Byabakama Simon Mugenyi delivered on the 30th/ 11/2012 where the High Court in exercise of its appellate jurisdiction set aside the judgement and orders of the Chief Magistrate’s Court of Fort Portal at Fort Portal. The issue in contention was legally owned the land in dispute. The Appellants allege that they inherited the land from their late fathers and the Respondent in response stated that he bought the same land from a one Egaate Katanga who claims that the land belonged to her son Kalyebara Robert who passed away in 1981 and she decided to sell it to the Respondent after her son’s death. The trial Court ordered that the land rightfully belonged to the Appellants however, at the Appeal, the High Court ordered that the Respondent was the rightful owner of the land.

In resolving the question of who the rightful owner of the land is, the Court of Appeal examined whether the principles applied by the High Court were properly applied. The High Court judge in passing a decree that the Respondents are the rightful owners relied on the fact there was no evidence to show that Egaate Katanga who sold to the Respondent had the legal authority to do that.

The Justices of the Court of Appeal allowed the Appeal and decreed that the rightful owners of the land is the Appellant basing on the fact that the person who sold to the Respondent did not have the legal right to do so. Under the Ugandan law, an estate of the deceased can only be distributed by a person who has letters of administration, in this case, there was no evidence of such. 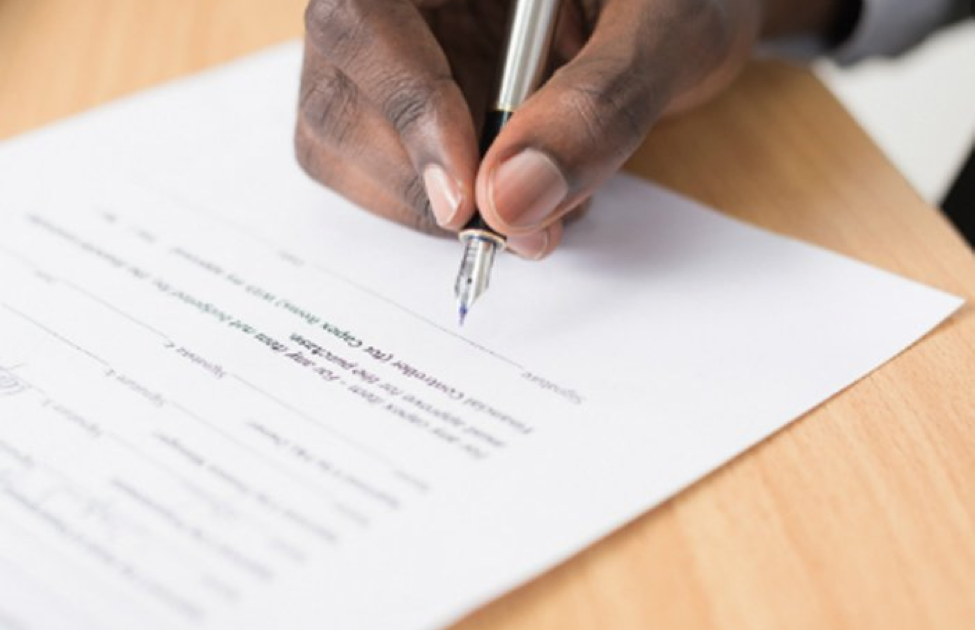 In The Case of John Kihika & Kaidoli William V Absolom Tinkamanyire Civil Appeal No. 0086 Of 2014. CORAM; HON. JUSTICE GEOFFREY KIRYABWIRE, EZEKIEL
PrevPreviousIn the interpretation of the Constitution, all provisions relevant to a particular issue must be looked at as a whole, says the Constitutional Court
NextFor a preliminary objection to stand, the error must be apparent abinitio, says Court Of AppealNext