In the MATTER OF TREVOR MUGUMU (CHILD) AND IN THE MATTER OF AN APPLICATION FOR LEGAL GUARDIANSHIP BY NAMWANGA BETTY (APPLICANT) FAMILY CAUSE NO. 68 OF 2019

This was an application by Namwanga Betty seeking for orders that the applicant be appointed legal guardian of the child Trevor Mugumu to receive compensation from Uganda National Roads Authority (UNRA). This is because UNRA intends to access full right of way to construct a road on a portion of a kibanja land situated at Katongole Zone, Muyenga Bukasa, Makindye Division, Kampala District registered in the name of the child. The applicant produced evidence proving she is the biological mother of the child and caters for all his needs and the father of the child died in 2014.

The first issue of determination was whether the court had jurisdiction to entertain the matter. This was answered in the affirmative citing Article 139(1) of the Constitution which provides for the unlimited original jurisdiction of the High Court. This is further backed by section 14(1) and section 33 of the Judicature Act.

The applicant is, according to the availed birth certificate, the mother to the child, and as such, she has the constitutional duty to raise and cater to him. The applicant availed to court the original sale agreement wherein she bought the suit property for the child. The child, aged 15 years, appeared in court and informed the court that he stays in Bukasa with his mother and that he was present when the land was bought for him although he was still young (5 years old); that he was told to write his name on the sale agreement. He informed the court that when the land is sold, he wants another piece of land and that his siblings can share in the proceeds of the sell as well.

Following the evidence adduced in court, it was found that the applicant does not display any adverse interests against the child subject of this application. The child cannot transact and therefore receive compensation for the suit property from UNRA. The compensation is the child’s constitutional right, according to Article 26(2) of the Constitution. The child’s current circumstances cannot be changed in the negative for as long as the land proposed to be bought from the proceeds of the compensation of the suit land is of a higher value for the better benefit of the child. The guardianship order was granted, and the mother was allowed to receive the money on behalf of the minor and used to care for the child and purchase another piece of land. 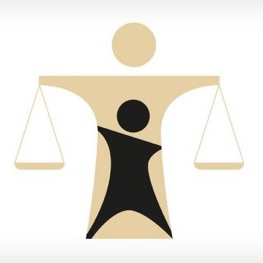 In the MATTER OF TREVOR MUGUMU (CHILD) AND IN THE MATTER OF AN APPLICATION FOR LEGAL GUARDIANSHIP BY NAMWANGA BETTY (APPLICANT) FAMILY CAUSE NO. 68 OF
PrevPreviousInterpretation as to whether there has been a violation on the right to freedom from torture must be strict, says the high court
NextThe Court of Appeal is supposed to pronounce judgement only after the case has been heard, says the Justices in the Court of AppealNext