The Succession (Amendment) Bill, 2018, is being considered by Parliament once again.

The Bill addresses a gap in the current law on succession in Uganda. The Constitutional court identified this in the Petition filed by Law Advocacy for Women in Uganda against the Attorney General, Constitutional Petitions No. l3/05 and 05/06.
In this case, the Constitutional Court declared provisions of the Succession Act, Cap 162 relating to the distribution of estates of intestate persons unconstitutional and discriminatory against the female gender. To address the disparity, the Bill seeks to provide for the rights of women and will ensure equality between the spouses in the distribution of property.

Highlights of the Bill
• The Bills proposes equal distribution of a deceased’s parents’ estate amongst all the children, regardless of age and level of dependency on the deceased at the time of death.
• It provides for the distribution of the estates of intestate deceased persons per Article 33 (Rights of women) of the 1995 Constitution of the Republic of Uganda.
• The Bill proposes provisions on the guardianship of minor children of the deceased person.
• Provides for the discretion of Courts in the grant of probate and letters of administration
• Provides for the expiry period of two years for grants of probate and letters of administration
• The Bill also put in place the requirement of the consent of spouses and lineal descendants before disposal of estate property by administrators; and
• It provides for the joint administration of executors and administrators of estates.

Key Issues and analysis
• The Bill repeals the definitions of legitimate and illegitimate children and replaces the age of minority of twenty-one years with eighteen years per the Constitution.
• It upholds Article 32 of the Constitution (affirmative action) by allowing married women to dispose of any property which they would be entitled to dispose of during their life or which they are entitled to under a will.
• The Bill makes it compulsory for testators to provide for their spouses, lineal descendants and dependant relatives in their wills and emphasizes that the principal residence of a testator shall not form part of the property to be disposed of in a will, except where the testator makes reasonable provision for the accommodation at the same station in life, for the spouse and the children who occupy the principal residence at the time of his or her death.
• It provides that either parent of a minor may, by will, appoint a guardian for the minor.
• The Bill makes an addition to the legal requirements of making a will that is valid in law. The clause makes it a requirement for each of the witnesses to write their name and address on the last page of the will in the presence of the testator.
• The Bill seeks to amend the Act by providing that where a will is handwritten or produced in a typed format by a person other than the testator, on the instructions of the testator, and that person who writes or produces the will has a benefit given by the will, either by way of a bequest or by way of appointment, the bequest or appointment shall be void, so far as concerns the person who wrote or produced the will, or the spouse of that person or any other person who would claim under that person or under the spouse of that person.
• The Bill also creates offenses and penalties against executors or administrators who, before the grant of probate, misapply the estates of the deceased, or subject the estates to loss or damage.

Conclusion
The Succession (Amendment) Bill, 2018, is one of the pending gender-related Bills under consideration by Parliament. It should be noted that the current law was adopted from the English Law: Succession Ordinance of 1906, which is now considered archaic and discriminatory. Currently, Parliament is analyzing stakeholder’s views in order to make a report for presentation to the house. 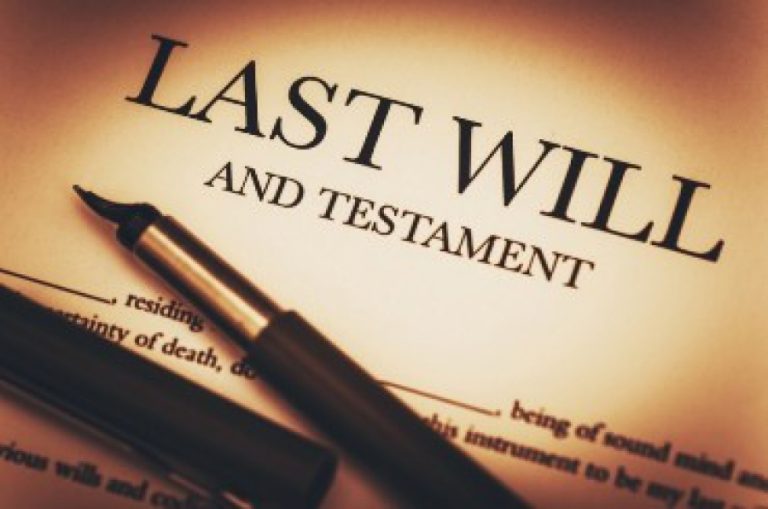 The Bill addresses a gap in the current law on succession in Uganda. The Constitutional court identified this in the Petition filed by Law
PrevPreviousCourt struck out an application for enforcement of rights
NextIs the FINANCIAL AUTONOMY of the Judiciary the key to ensuring swift access to Justice in Uganda?Next