Court grants bail pending Appeal in a criminal case at the Supreme Court.

The Supreme Court: In a bail application – Arvind Patel (Applicant) v Uganda (Respondent) Criminal Application No. 1 of 2003, the applicant was granted bail pending the determination of his Appeal in a criminal case before the Supreme Court.

The applicant’s application stated that he was convicted, after a trial, of the offence of conspiracy to commit murder contrary to section 201 of the Penal Code, and sentenced to 5 years imprisonment by the Chief Magistrate’s Court of Buganda Road, Kampala, on 9th March 1999. He subsequently appealed to the High Court against the conviction and sentence, which was later dismissed in 2001. His Appeal to the Court of Appeal was also dismissed in 2002. He further appealed to the Supreme Court, and the Appeal is pending determination. The applicant was 52 years old, and due to that age, he said in his affidavit that he was unable to withstand prison conditions and that the offence with which he was charged did not involve personal violence. During his trial and the hearing of his appeals by the two courts, he never absconded and was released on bail.

The court, while giving the ruling for this application, stated that this is a discretionary jurisdiction, which should be exercised judiciously. The judge further argued that he had not laid his hands on any decision of this court in which the application of this rule has been considered. However, there are a few reported decisions of the High Court of Tanzania, of Uganda and Kenya, in which bail applications pending appeals by convicted persons have been considered. Since such cases are relevant to what conditions should apply to bail applications pending Appeal, they are nevertheless, of persuasive value. In my view, principles that govern granting of bail pending the determination of an appeal by an appellate court should be the same, whether it is the High Court in its appellate jurisdiction, the Court of Appeal or the Supreme Court.  The learned justice cited several cases which included; a Tanzanian case – Raghbir Singh Lamba vs R. (1958) E.A. 337, a Ugandan High Court case – Girdhar Dhanji Masrani vs R (1960) 1960 E.A. 320 and a Kenyan case – Chimambhai vs Republic (No 2) (1971) E.A. 343 and in all these cited case the principle of bail pending Appeal was discussed in depth.

The court in the final ruling ordered and stated that considerations should generally apply to an application for bail pending Appeal as indicated by the cases above referred to may be summarized as follows:

(iii)       whether the offence of which the applicant was convicted involved personal violence;

(iv)       the Appeal is not frivolous and has a reasonable possibility of success;

(v)        the case of a substantial delay in the determination of the Appeal.

(vi)       whether the applicant has complied with bail conditions granted after the applicant’s conviction and during the pendency of the Appeal (if any).

He further stated that it is contended that the applicant’s character is an essential consideration in the instant application. The appellant is a first offender; he has complied with all the conditions for bails granted him by the three courts. He never absconded. Further, the offence of which he was convicted did not involve personal violence. In the circumstances, the factors which strongly weigh in favour of bail for the appellant are his character, the most important of which is that he is a first offender; he did not jump bail or abscond when he was released on bail by the three courts below.

(b) Surrender to the Registrar of this Court the applicant’s passport.

(c) The applicant should report to the Registrar of this Court every fortnight at 8.45 is, beginning on 2nd July 2003, when his Appeal shall come up for hearing.

(d) Mr Paul Patel and Mr Henry Makmot should be the applicant’s sureties to secure his attendance in court whenever he is required to do so. 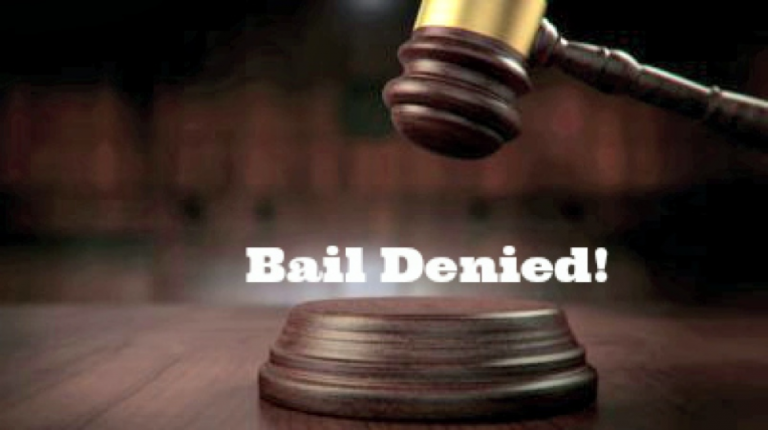 The Supreme Court: In a bail application – Arvind Patel (Applicant) v Uganda (Respondent) Criminal Application No. 1 of 2003, the applicant was granted bail pending the
PrevPreviousWhat you need to know about the Roads Act, 2019
NextThe right to a reputation is acknowledged as an inherent personal right of every person says Justice Ssekaana.Next